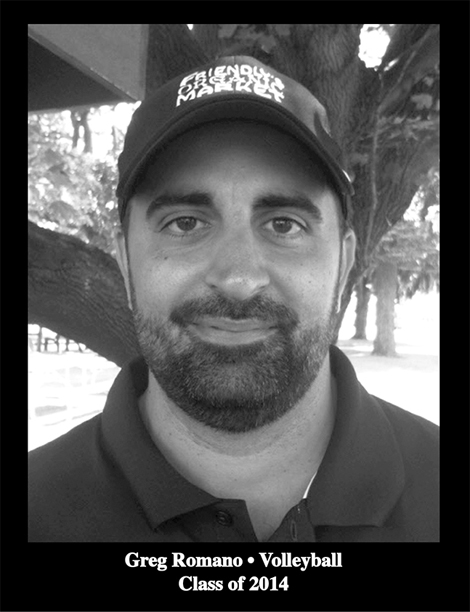 Romano fashioned an amazing volleyball career. After being selected the Wisconsin Player of the Year in 1990 while playing for Horlick High School, the 6-foot-4 Romano was a star at Ball State University. Twice, he was an Asics/Volleyball Magazine All-American honorable mention selection. He capped his brilliant career by being chosen to the United States Nation Team from 1997-2000 and an alternate on the 2000 U.S. Olympic team.