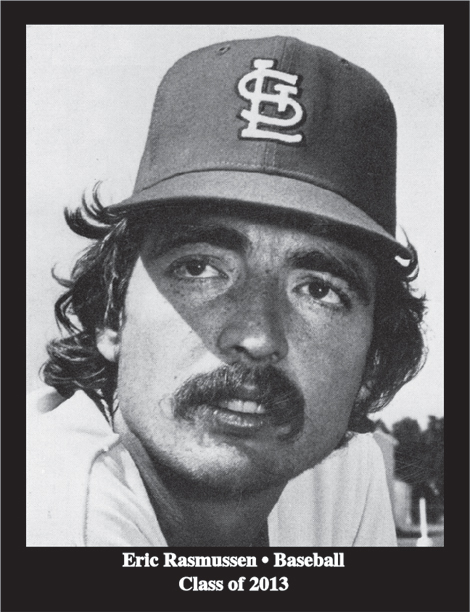 Rasmussen, a standout at Case High School and an All-American at the University of New Orleans, had a memorable, eight-year career in the Major Leagues. He joined the St. Louis Cardinals in 1975 and he was a member of the Cardinals' 1982 World Series Championship team. He is only the second Major League pitcher to ever throw a shutout in his first National League and American League seasons.