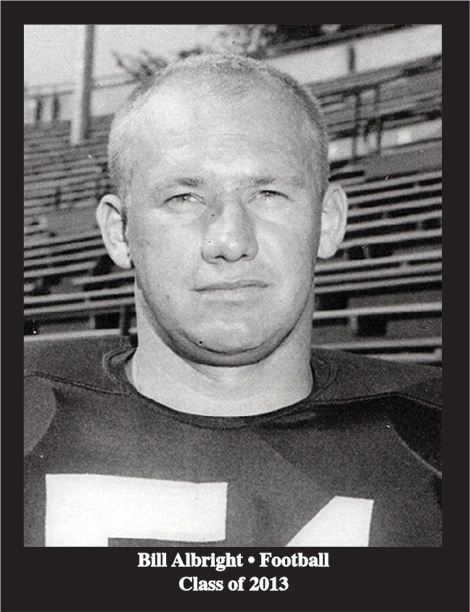 One of the most talented and versatile football linemen in Racine County history, Albright was a standout at Horlick High School and at UW-Madison before joining the New York Giants in 1951. Albright later played three seasons with the Toronto Argonauts in the Canadian Football League. He was named an All-Star all three season with the CFL.